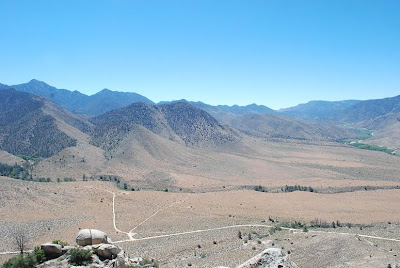 You may have noticed that my previous post about my road trip last week lacked bird photos. Well, here they are! Enjoy! 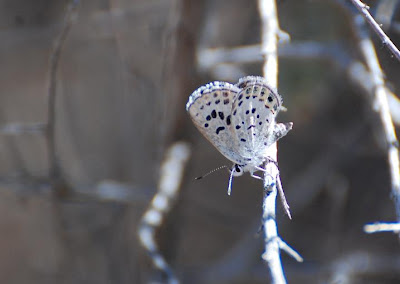 Whoops, that's not a bird--but it's still a really cool find! It's a San Emigdio Blue, which has a very restricted range. Tim had a secret cluster of the staked out near the local grape juice place. 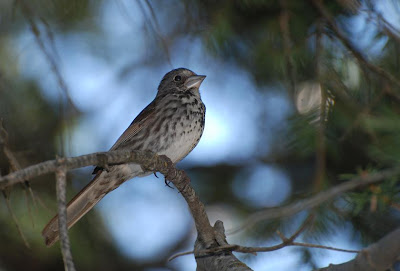 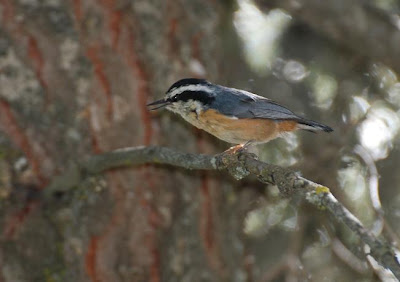 Red-breasted Nuthatch--these guys were delightfully common in the mountains! 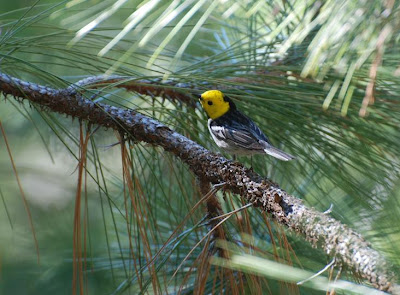 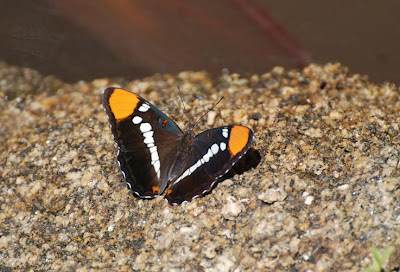 Another butterfly, one of my favorites: California Sister 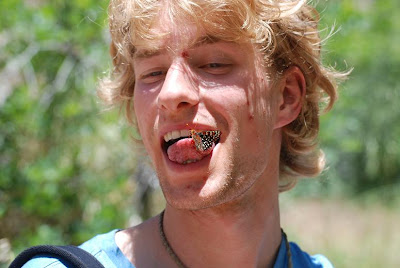 Though it was allegedly a birding trip, we spent a lot of time hunting down insects as well. Several stops along the Kern River produced massive numbers of puddling butterflies, some of which Tim got very friendly with. 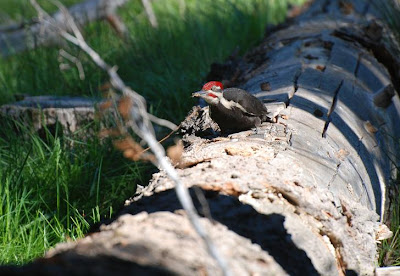 Pileated Woodpecker. We saw several of these, including one in the Greenhorn Mountains, which is the southernmost location where this species occurs in the West. 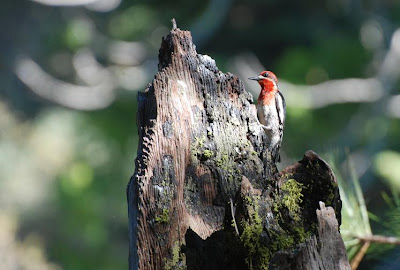 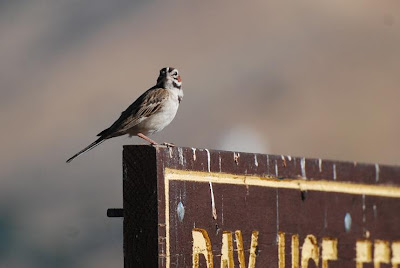 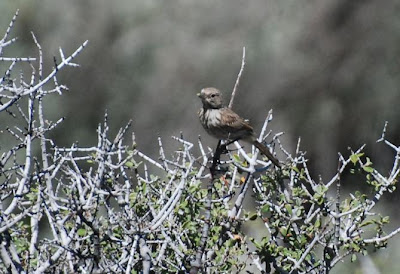 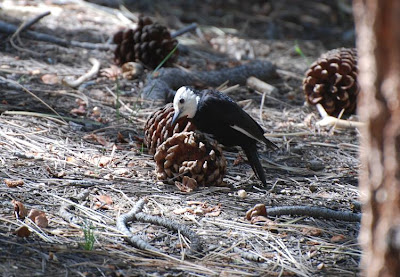 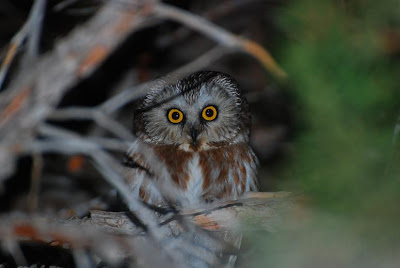 Our first night of owling only produced a single screech-owl, but our second night netted us a gorgeous Northern Saw-whet Owl. It completely compensated for the two a.m. wake up time! 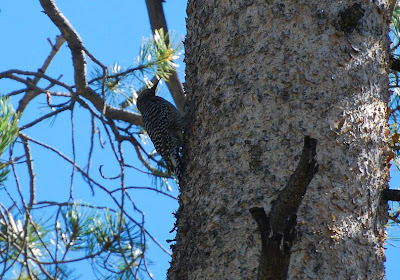 Williamson's Sapsucker was one of Tim's top target birds for the trip. After spending an entire afternoon failing to find one, we were overjoyed to find several drumming males as well as this female the next morning. 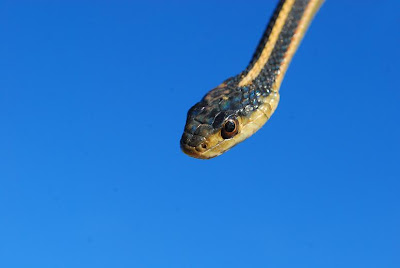 Garter snake.
Posted by Neil Gilbert at 9:54 PM No comments: 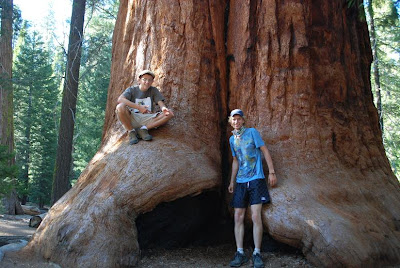 Over the years, I've been lucky to bird with numerous other young birders. Back when I lived in Michigan, several other young birders and I formed a supergroup of the Great Lake's elite young birders. We called ourselves the Peeps, and for a few years we wreaked havoc around the Great Lakes, finding more birds than is legally possible. However, it was not to last. Following Rome's example, the Peeps' domain quickly crumbled as its members moved and slowly lost contact.

Since I moved to California, I've met other young birders all around the country. The rest of the Peeps, however, faded into obscurity as they tussled with college life. So, when I found out that my friend and ex-Peep Tim Snieder was working in Kern County this summer, I was overjoyed. This last weekend Tim and I made a whirlwind road trip through the southern Sierra Nevada, leaving a wide swathe of destruction and slain birds. I'll cover the birds in a different post; this one will focus on some of the memories.

The Deer. We saw only one deer the whole trip. And we nearly hit it.

It was the scariest moment of the trip. The highway--one of those treacherous twisty ones--was deserted, and for a good reason: few people have reason to drive through the mountains at three in the morning. We had one reason: OWLS. We weren't finding any. Zipping around a bend, we suddenly came upon a deer standing within feet of the road. Tim and I uttered expletives of surprise and apprehension as we zoomed past. Adrenaline! Thankfully, the deer stood motionless instead of darting in front of the car. 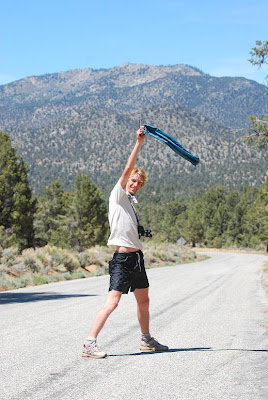 The Prodigal Tent Bag. Where was it? I rummaged through the heaps of debris in the back of the car, searching for the tent bag. Suddenly, the idea flashed into my head--I must have thrown it in the tent last night. "It's in there," I said, pointing to the partially folded-up tent. Tim groaned. I thrashed around in the collapsed tent, but couldn't find it.

Well, I must have just missed it in the car. I spent a few more minutes searching in the car, but to no avail. "Wait," pondered Tim, "Did you pick it up at the Pinyon Jay spot yesterday?"

At that moment, we knew it was gone. It had fallen out of the car when we stopped to look at the jays--it had even blown against my legs, but I was too busy with my camera to pick it up. Oops.

Well, we happened to be driving back past the spot the next day. As I pulled the car off the road, Tim remained enthusiastic, sure that we would find the errant bag. I was cynical. It wasn't along the side of the road. It hadn't blown into the brush by the roadside. Suddenly, Tim plunged over a small hill and down a ditch, emerging momentarily with the missing bag.

This legend will forever circulate among the young birder community.

Daft Punk. Tim and I both like Neil Young. But that's just about the only place where our musical tastes overlap. Tim forced me to listen to Daft Punk, which I hated. Yet somehow, the song "Robot Rock" got stuck in both of our heads, and we sang it almost constantly as we flew down mountain highways and desert roads. 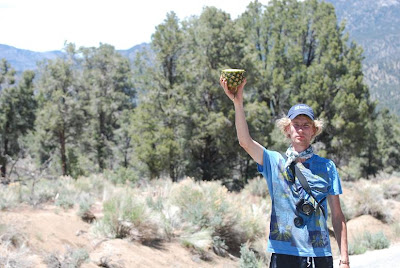 Pineapple Tradition. Our diet for the trip consisted of various combinations of bread, cheese, and peanut butter. However, at one grocery stop, Tim came walking out of the store with a watermelon and a pineapple. The watermelon was ruthlessly slaughtered and eaten in one sitting. The pineapple, however, started a tradition.

I wanted to eat the pineapple. Its cool juiciness was just what we needed on the hot, dusty afternoon. "No," Tim said, "Let's save it for the next lifer." So we did. After finding Tim's first Pinyon Jay, we ceremoniously sliced the pineapple and feasted, the juice covering our hands and faces. We saved the rest of the pineapple, repeating the process when we finally caught up with Tim's life Williamson's Sapsucker.

I'm still picking the pineapple fibers out of my teeth.

Swimming. No showers, but plenty of heat. Not good. We did, however, have an abundance of creeks and rivers at our disposal. We made a point of taking at least one plunge a day. The water was always cold--sometimes incredibly so. There were usually sharp rocks on the bottom, squishy mud along the edges, and wet boxers to be worn afterwards. That aside, it was awesome--far better than any swimming pool. 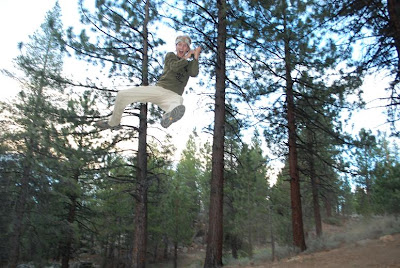 The Rope Swing. Birding isn't just about finding birds. It's also about having fun. So, when you come across a rope hanging from a tree in the middle of the forest, it's important to put the birding on hold for a few minutes and experiment with primitive methods of locomotion.
Posted by Neil Gilbert at 3:46 PM No comments: 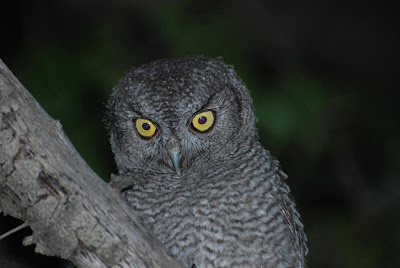 Ch'rr....ch'rrr....ch'rrr... I paused. What was that? The night is home to hosts of unfamiliar noises. More often than not, the source of these strange sounds is an insect, a frog, or a drunken hobo...

This, however, sounded bird-like. I abandoned my search for the tenaciously calling Poorwill and headed in the direction of the mysterious call, shining the wimpy beam of my headlamp into the bushes and trees by the road. Within seconds, I found the culprit--a fledgling Western Screech-Owl. Or, more accurately, three of them.

In addition to being incredibly cute, they were very cooperative for photography, sitting on dead branches below eye level.

Tragically, however, my camera was resting sedately on my chair at home.

Hmmmm. Too good of an opportunity to pass up. Irvine Regional Park is only a couple miles from my house, so I called my mom to see if she'd be willing to chauffeur my camera over. Thankfully, she was, so within a few minutes I was happily photographing the baby owls. 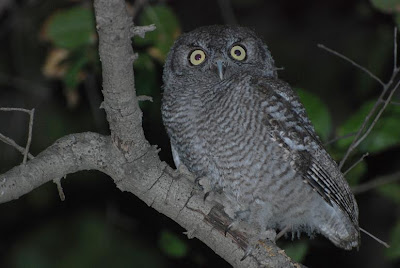