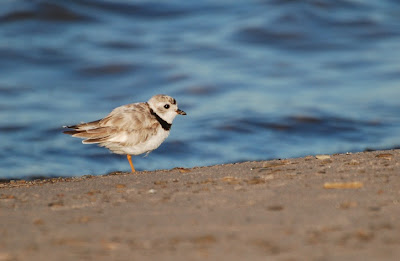 Drat, it hasn't yet been a month. I'm overstepping my quota.

But, I feel obligated to report that Piping Plovers are adorable. Even scruffy ones with only one leg. The fact that it was a new Berrien County bird wasn't all that impressive given that I've birded the county once before, but it was also a county bird for my friend Alison, whose Berrien list exceeds mine by a few hundred species.

Fish Crows lack the charm of Piping Plovers. The fact that it was a new state bird for me didn't change its status as a sniveling, pathetic invader hanging around a landfill.

This is a crude attempt to mathematically communicate the joy of birding.
Posted by Neil Gilbert at 9:09 PM 2 comments:

Death of a Birding Blog 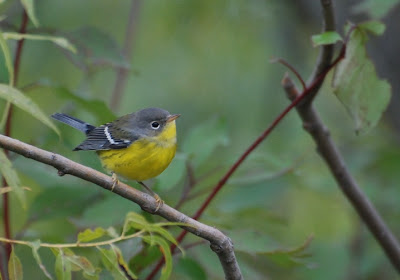 I'm a college student now; I don't have time for birding.

What I actually don't have time for is what I'm wasting my precious minutes on right now: blogging. Fitting in an hour of birding between classes every morning is hard enough without worrying about all the extra time of editing photos and writing boring accounts...all right, I'll quit it with the bad attitude. 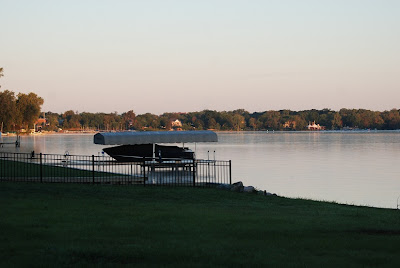 My transportation being limited to my own two feet and a rickety bike kindly lent to me by my old birding buddy Jonathan Lautenbach, the majority of my birding operations take place within a mile or two of campus. That's fine, though, since Calvin has proven to be a surprisingly decent birding patch, and Reed's Lake, only a mile or two away, is very productive for migrants.

An eight o'clock chemistry class four days out of the week hampers my morning birding time, but I always carry my binoculars in my backpack for that hour and a half of freedom in the mid-morning. The last month has proven to be exciting, with scads of warblers (like this Parula) infesting the shrubbery. 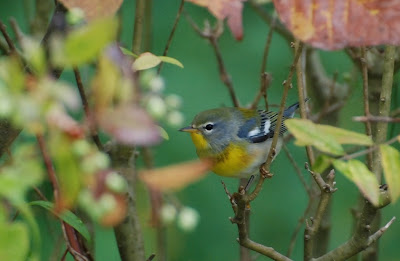 The single greatest event of the past month, however, is beyond comprehension. September 20th was the date. At 9:11 a.m., my phone buzzed in my pocket while I was photographing the Magnolia Warbler pictured at the top of this post.

It was Caleb Putnam, birding guru of Grand Rapids and beyond. "There's a frigatebird on the lighthouse at Tiscornia--I'm on my way down, want to go?"

YES! I did want to go! But, four classes is a LOT to skip, especially considering that one of them was my biology lab. So, somehow I managed to force myself to decline the offer. Tiscornia Park is a good hour and a half from Grand Rapids; without a car, I was doomed.

...for the time being, anyway. My phone rang several times during my Spanish class--Caleb, probably with an update about the bird; my friend Alison, presumably gloating; and Jonathan, probably to say he was chasing the bird that afternoon.

Those last five minutes of class were the most excruciating, tortuous, painful seconds of my life. I called Jonathan back, and sure enough, he and his brother Michael were leaving--in ten minutes. Shoot, and I still had two classes. I decided to compromise: go to my next class, Christian Theology, and walk out after the first ten minutes (the quiz, conveniently, was at the beginning of class) and completely skip my last class. Oh, and not to mention those mounds of Chemistry homework I had piled up... 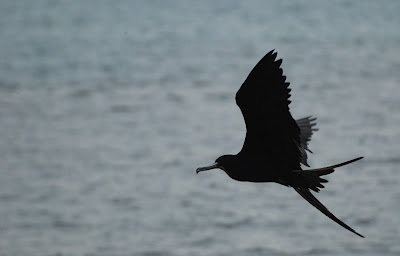 It all worked out in the end. I saw the bird, I fell moderately behind in only a couple of my classes, and...I SAW THE BIRD. 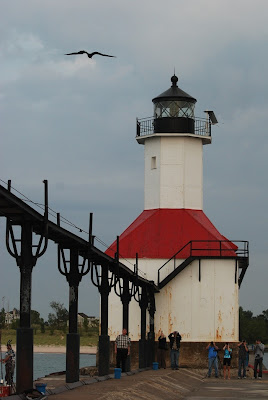 The bird floated around, emanating magnificence, for the first hour or so before strafing the small flock of admiring birders and landing on the lighthouse at the end of the pier. Even the nonchalant fishermen and casual passersby stopped and gaped at this "ginormous black seagull with a forked tail," as it was described by an incredulous girl on the pier. 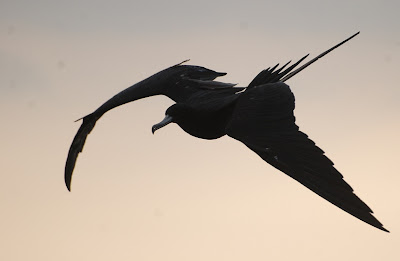 Jonathan, Michael, and I celebrated with massive ice cream cones that exceeded legal limits of size and deliciousness.

The next day, I had a six-hour date with my chemistry textbook. Ah well. I SAW A FRIGATEBIRD. IN MICHIGAN.

Check back next month--perhaps there will be another post. Perhaps not. Either way, you'll get to absorb the frigatebird's awesomeness once again.
Posted by Neil Gilbert at 9:54 PM 4 comments: